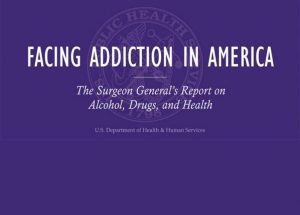 The US Surgeon General has just released a truly groundbreaking, first of its kind report, “Facing Addiction in America: The Surgeon General’s Report on Alcohol, Drugs, and Health”. Surgeon General Vivek Murthy’s core message in this 400 plus page report can be superbly summed up by a single Ancient Greek word: Metanoia.

It is a word often translated as “changing one’s mind”, but deeper understanding reveals it to mean “to go beyond (meta) thinking” just with your mind and shifting the focus to the heart. The Surgeon General challenges every American to take part in metanoia that meaningfully alters our society’s perception of addicts. 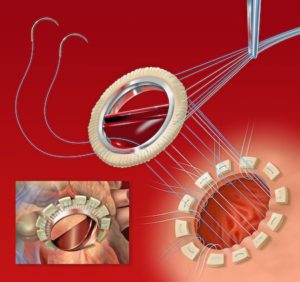 I am calling for a cultural shift in how we think about addiction, recognizing that it is not a moral failing or evidence of a character flaw but a chronic disease of the brain that deserves our compassion and care,” Dr Murthy said.

As a person who has experienced a literal “change of heart”, a mechanical metanoia of sorts in the form of a new heart valve, Dr. Gresser can attest to its power.

He says “it has changed my whole life [for the better]”. The key attribute the Surgeon General calls for in this collective metanoia is health care backed by compassion and advanced medical science. This is precisely what enabled the surgeon who operated on Dr. Gresser to create vast, lasting improvements in the quality and quantity of his patient’s life.

Much like what Dr. Gresser’s new heart valve has done for him, this report articulates changes we can make when it comes to dealing with America’s addiction crisis that will bring new vitality to our communities and transform lives all across this great nation of ours.

People have agency over their addiction

Still, there are many who would disagree with the Surgeon General’s position and argue that people have agency over their addiction, and personal responsibility and decision making does in fact play a role in the creation or continuation of this chronic disease.

Just how big is the challenge of drug addiction to the health of our society?

Over 27 million people in America reported using drugs (both street and prescription) in 2015. To put 27 million people into perspective, that is 13 million more than the total number of patients suffering from every type of cancer combined in the United States. 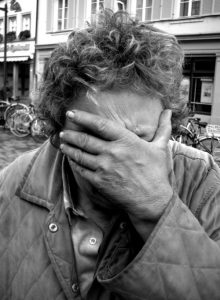 “Alcohol and drug addiction take an enormous toll on individuals, families, and communities,” said Dr. Murthy, with drug use alone having a yearly economic impact of $193 billion. Since one in seven people in the U.S. is expected to develop a substance use disorder at some point in their lives. “most Americans know someone who has been touched by an alcohol or a drug use disorder. Yet 90 percent of people with a substance use disorder are not getting treatment. That has to change.” This is truly an appalling statistic. We can only imagine the public outrage if 9 out of 10 Americans with diabetes, cancer, or heart disease were not getting any treatment at all.

Well-supported evidence suggests that the addiction process involves a three-stage cycle: binge / intoxication, withdrawal/negative affect, and preoccupation/anticipation. This cycle becomes more severe as a person continues substance use and as it produces dramatic changes in brain function that reduce a person’s ability to control his or her substance use. 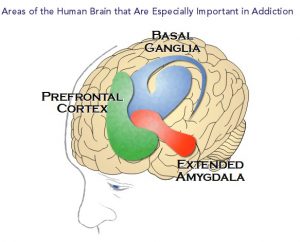 When such changes in the brain set in, a person’s control over his/her behavior is less about will power or strength of character, and more about simple neurology; their brain becomes hard wired for substance abuse. Research shows that disruptions in three areas of the brain are particularly important in the onset, development, and maintenance of substance use disorders: the basal ganglia, the extended amygdala, and the prefrontal cortex. These disruptions: (1) enable substance-associated cues to trigger substance seeking (like a motivational magnet); (2) reduce sensitivity of brain systems involved in the experience of pleasure or reward, and heighten activation of brain stress systems; and (3) reduce functioning of brain executive control systems, which are involved in the ability to make decisions and regulate one’s actions, emotions, and impulses.

The Numbers are Staggering

The sheer enormity of this underappreciated but critical public health challenge in this country is simply jaw-dropping. In 2015, nearly 48 million Americans used an illicit drug or misused a prescription medication, approximately 67 million reported binge drinking in the past month, and nearly 28 million self-reported driving under the influence in the past year. 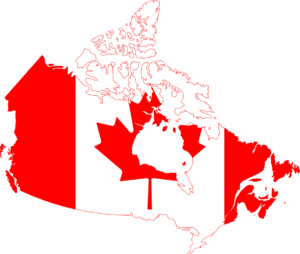 Drug overdose is a bigger killer of Americans than auto accidents, which according to the National Safety Council, claimed 32,675 lives on U.S. Roads in 2014. That same year 47,055 people died of drug overdose, including 28,647 people who died from an overdose involving some type of opioid, such as prescription pain relievers.

48 million people using drugs, is on paper just a statistic, until we consider that it is a number which exceeds the entire population of our neighbor to the North, Canada by 12 million. This large, at-risk population of Americans can benefit from appropriate screening, prevention, and treatment services.

“Although substance misuse problems and use disorders may occur at any age, adolescence and young adulthood are particularly critical at-risk periods,” Dr. Murthy said. “Preventing or even simply delaying young people from trying substances is important to reducing the likelihood of a use disorder later in life.”

One of the findings of this report is that substance use disorder treatment in the United States remains largely separate from the rest of health care and serves only a fraction of those in need of treatment.

The Mental Health Parity and Addiction Equity Act of 2008 and the Affordable Care Act in 2010 have increased access to these services, making it possible for more people to get the treatment and support services they need to get and stay well. Yet for a variety of reasons, including stigma, a treatment gap remains. This treatment gap can also be attributed to factors, including lack of screening for use disorders, fear of shame and discrimination associated with addressing substance use disorders, lack of access to and costs of care, and fragmentation of services in our health care system. Additionally, many people seek or are referred to substance use disorder treatment only after a crisis, such as an overdose, or through involvement with the criminal justice system.

“Families across this country are fighting addiction -they’re fighting an illness, as well as a stigma. They’re doing all they can, and we should do no less. At the U.S. Department of Health and Human Services, we have worked hard to make our nation healthier and save lives by increasing access to evidence-based treatment for those who need it,” said HHS Secretary Sylvia M. Burwell. “While there’s more to do, this historic report provides us guidance and outlines important steps we can take to move forward, build on our progress to address this public health crisis, and make a difference for more Americans.”

“It’s time to change how we view addiction,” said Dr. Murthy. “Not as a moral failing but as a chronic illness that must be treated with skill, urgency and compassion. The way we address this crisis is a test for America.” 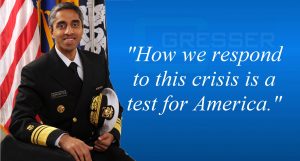 “The Surgeon General’s Report on Alcohol, Drugs, and Health provides a roadmap for working together to move our efforts forward,” said Kana Enomoto, principal deputy administrator for the Substance Abuse and Mental Health Services Administration. “I hope all who read it will be inspired to take action to stem the rising tide of this public health crisis and reduce the impact of substance misuse and addiction on individuals, communities, and our nation.”

If Not Now, When?

The great sage, Hillel the Elder once posed three questions, the last and perhaps most powerful of which asks, “If not now, when?” The sentiment is echoed when Dr. Murthy said “We have the opportunity to transform lives and strengthen communities by addressing our country’s addiction crisis.” “There could not be a more important time for us to act.” Let us act now.